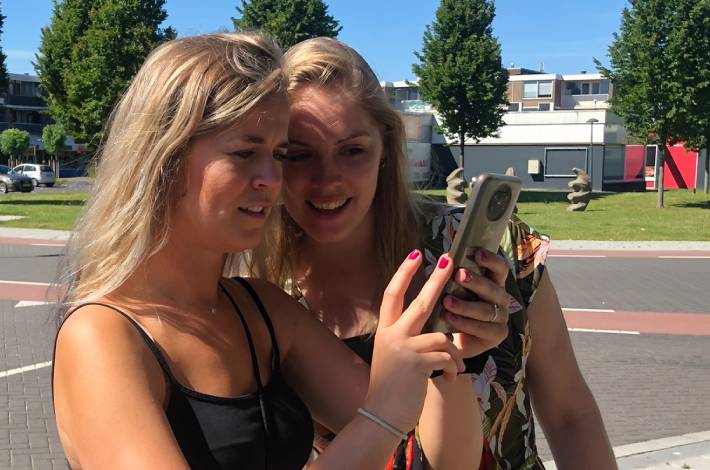 Full of personal quizzes about your team and surprising twists

A hilarious way to get to know your team (better)

Price is for a group of 20 persons. Get up to 50% off with larger groups. Calculate your price now.

Play a custom-made GPS-game with your team full of personal quizzes about your team, surprising twists and hilarious discoveries about your teammates. In preparation every team member fills in a list of personal questions. During the game players need to guess which team members gave which answer. The team who answers the questions best wins the game. This GPS-game is a hilarious way to get to know your team and can be played in any location you like.


Customizable to your favorite location(s)

Customizable to your favorite location(s)

Teambuilding
This GPS-game is custom-made. Check the possibilities. 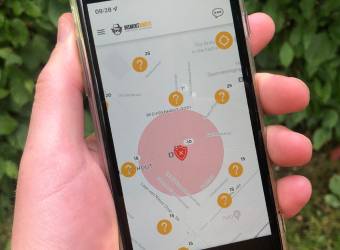 Players need to find locations in a specific area. The exact locations are shown in a special game app. When they get to the location a question pops up. 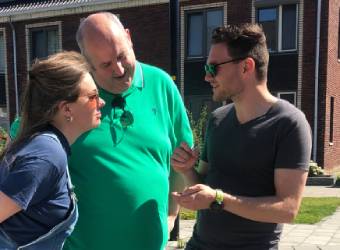 All team members fill in a questionnaire in advance. Based on the answers we make custom-made quizzes about the team. It will be a great way to get to know your team. 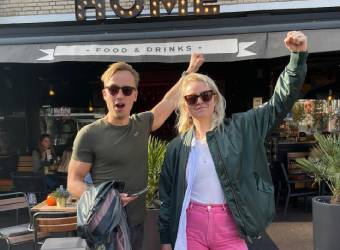 Finish with a surprise

When teams gather 100 points the finish is revealed: any location you like, where you can close this teambuilding activity with a drink. The team who get there first wins the game!

Players don’t necessary have to be in a good shape to play the game. You can tell us how far you want the players to walk in total during the game. You can choose a distance between 1 to 5 kilometers. When we plot the locations of the questions on the map we will take this into account.

Example of the team building activity 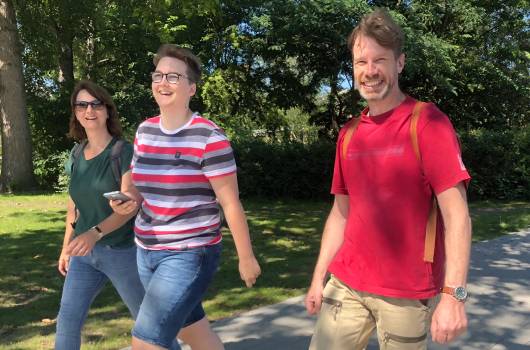 This is a custom-made GPS-game, so every team will have a different experience. To give an impression of how a typical game day might look, we would like to introduce the imaginary team Corporate Bandits. It’s a team of 10 people who work with each other on a daily basis. Twice a year they have a teambuilding activity. This time they would love to actually get to know each other a bit better on a personal level. Not in a too serious way, but in a fun and relaxed way. Peter, one of the team members ordered a GPS game two weeks ago. He filled in that he wanted to play a GPS-game starting at The Hague Central station and finish at Madame Moustache.

Directly after ordering the game Peter receives a confirmation e-mail with a link to a questionnaire. He forwards the link to his colleagues and asks them to fill in the questions. Three days before the teambuilding activity starts he gets a conformation that all team members filled in the questions. He receives the logins credentials for his team and the download link for the app. The GPS-game is ready to be played.

The team gathers at the station and split up in 3 sub teams. Peter, Michelle and Daniel form one sub team. When they start the app they see a map of the nearby area. It’s filled with locations they can visit. In the instructions they read that every time they visit a location a question will pop up about the team. Giving the right answer will give them points. When they collect 100 points they will see the location where they need to finish. The team who gets there first wins the game.

Two team run away immediately. They go for a “superpower” feature which will double their points for 5 minutes. Only the first team who gets there gets the feature. Peter, Michelle and Daniel decide to go for a question a bit further away. It will only be available for 30 minutes. To them it makes sense to visit that one first. Michelle holds the phone and runs ahead. “Peter, I have the question! Which one of you met Barack Obama in real life?” “Didn’t Joyce tell about that once a few years ago?” Michelle fills in Joyce. “Yes! We’ve got our first 10 points! Let’s go to the next one, it’s just around the corner.” 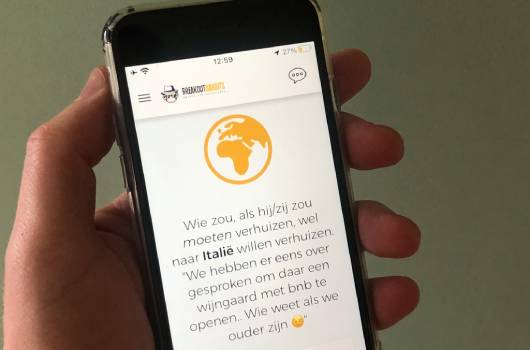 It’s the beginning of GPS-game full of custom-made quizzes and surprising twists. It turns out that there are no-go area’s which will give penalty points and sometimes “superpowers” unexpectedly show up. Peter, Michelle and Daniel see the other teams moving on the screen, can even chat with them and see a score of each team.

After about an hour they are at a shared first place and only need 10 more points before they will find out where they have to finish. “Who was afraid to be eaten by the neighbors dog as a child?” “Ha, ha, that needs to be Shannen, she is still terrified with dogs.” The app says it’s correct and shows the location where they need to finish.

A drink after the game

Ten minutes later all teams are gathered at the finish. It’s a regular bar they visit for having some drinks after work. “I didn’t know you actually met Barack Obama in real life. When did that happen?” The atmosphere is great. Obviously Peter, Michelle and Daniel are in a good mood, but everybody loved the game. Sander, the team leader stands up. “Can I have the attention, please? Peter, Michelle and Daniel, congratulations! And Peter… You did a great job organizing this teambuilding activity. A loud applause fills the bar. “Cheers for Peter!”

This event is custom-made

All team members fill in a questionnaire in advance. Based on the answers we make custom-made quizzes about the team. You can also play it in every location you like. So, no need to travel, just play it nearby your office of any location you like.

The following elements are customizable.

Would you like to know how we will customize this event for you? Just give us a call or book direct online.  During the booking process you will be able to fill in your preferences.

Price is for a group of 20 persons. Get up to 50% off with larger groups. Calculate your price now.

Please give us a call if you are looking for something else or if you have specific preferences. We’re happy to find a custom made solution for you.

Ask for a custom made solution

We calculated the price indication based on these elements. Prices with an asterisk (*) are an estimation. We are depended on the prices and available types in your country / region. The final price may vary from this price indication.

Would you like to know how we will customize this event for you? Just give us a call or request a quote online.  We will send you a personal quote within 24 hours based on your preferences.